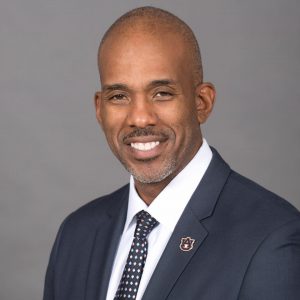 Damon E. Duncan was selected as the President and Chief Executive Officer for the Richmond Redevelopment & Housing Authority (RRHA) in February 2019

Prior to joining RRHA, he was the President and CEO for the Housing Authority of Elgin, Illinois. In this role he was responsible for the day-to-day management of its Low-Income Public Housing (LIPH), Housing Choice Voucher (HCV), Family Self-Sufficiency (FSS) and real estate revitalization initiatives. During his seven-year tenure with HAE he converted the agency’s entire portfolio using the HUD Rental Assistance Demonstration (RAD) program and subsequently developed and co-developed over $300M in mixed-finance transactions throughout Elgin and Kane County.

Mr. Duncan currently serves on the Master of Community Planning (MCP) as an advisory board member and is also the President of the Master of Real Estate Development (MRED) Alumni Association, both programs at Auburn University. Additionally, he is a member of the Diversity, Equity & Inclusion Task Force for NAHRO and a member of the PHADA Housing Committee. He is the past VP of Community Revitalization & Development for NCRC NAHRO.

A holder of several accommodations and distinctions in affordable housing. He currently holds a PHM certification with NAHRO and he has successfully completed PHADA’s Executive Director Education Program (EDEP).

He is also a proud member of The Omega Psi Phi Fraternity, Incorporated.