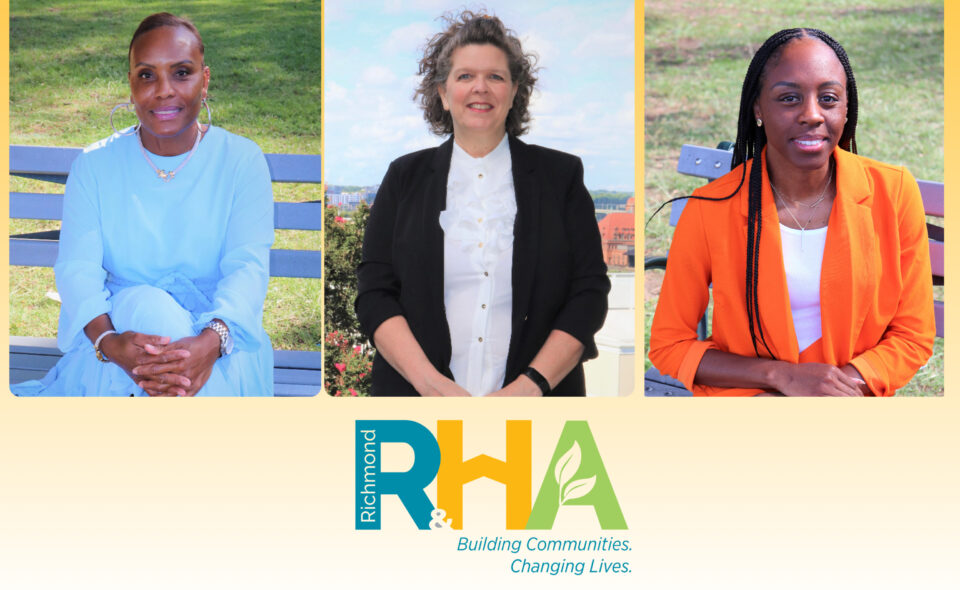 “These changes are being done to better align the structure of the organization to strategy,” stated Sheila Hill-Christian, interim CEO.

“Having the right people in vital positions will ensure that we have an organization that can focus less on deciding what to do – and more on simply doing.”

In Ingram Brown’s newly created role, she will focus primarily on external and internal customer service with an emphasis on ensuring RRHA’s programs and services are accessible to RRHA’s residents, voucher participants and the public. This will be accomplished by designing and developing best practices, processes, and policies to ensure they align with Agency goals and strategies.

In the new role of Senior Vice President of Affordable Housing, Kenyatta Green is responsible for RRHA’s overall successful operations of 3,514 of residential housing and RRHA’s approximately $100 million housing choice voucher program portfolio. Mrs. Green oversees the property management portfolio which includes Agency-operated as well as third-party owned properties to ensure public housing residents and voucher holders live in units that are run efficiently, economically and in a customer service driven way. A veteran in the affordable housing industry, Mrs. Green began her career in 2005 at Cuyahoga Metropolitan Housing Authority in Cleveland Ohio before coming to RRHA in 2018 to serve as the Director of the Housing Choice Voucher Program and Tenant Selection Office.

Priscilla Bartee has a wealth of Human Resources knowledge and expertise. She brings more than 30 years of experience to the role having served as a senior human resources manager in the United States Army where she oversaw the workforce operations of 1,200 civilians and military personnel within four different locations around the United States.

As the Vice President of the Housing Choice Voucher Program (HCVP) and Tenant Selection Office (TSO), Fatimah Smothers-Hargrove will manage the HCVP, TSO, RRHA’s Call Information Center and RRHA’s Inspections and Leasing divisions.      In her new role she will serve as an active liaison between housing partners and landlords, oversee day-to day operations of the HCVP, TSO and client information center and maintain positive working relationships.       Mrs. Smothers Hargrove enters the role with 13 years’ experience in these departments having come to RRHA in 2009.

After serving as the Interim Controller since May 2022, Shannon Sterling will begin her new role permanently effective August 25. In her new role Shannon will administer RRHA’s operating, and capital budget programs valued at $56,956,495.  A 34-year veteran of full charge accounting, Mrs. Sterling was formerly the Chief Financial Officer of the Portsmouth Redevelopment and Housing Authority where she was responsible for cash management, audit completion and major projects such as automating the Finance Department.

For more information about other RRHA announcements, programs and initiatives, visit our website at rrha.com or contact our Call Center at (804) 780-4200, or toll free at 1-833-750-7742. You can also view current and upcoming news, events and activities on our social media platforms: Facebook, Twitter, Instagram, and Linkedin.